The Mob Media, Andrew Cuomo and an Open Letter To Barbara McQuade

Cuomo Broke No Laws by Almost A Rock Star

When I first heard about I was biased against Cuomo because I think he's an arrogant bastard but a good governor. Then a researched false rape allegations and I decided to give him the benefit of the doubt. Then I thought about my late mother and her cronies. What would mom do? My mom and her contemporaries would have slapped the shit out of some creep and screamed bloody murder. After that her loved ones would have beat the shit out of the creep. Courts of law today have become a joke. All we peasants have is cancel culture and the mob mentality of social media. Look at the Antonia Brown thing. Back when I played a punk like him would have been stepped on hard by the team.

I've been a musician for decades and during that time my band mates and I have been groped and have had tits and asses flashed at us on many occasions. The truth is, when it comes to sexual misconduct in social settings, women are far worse than men. When I was in high school in the 70's girls would routinely throw themselves at handsome male teachers. Today it's female teachers seducing boys. Back when I was in school, being seduced by hot teacher would have been great. Back then women behaved better.
Are the allegations against Cuomo true? I don't know and neither do you and neither to all the other paid pundits who get paid to push certain narratives. None of you corporate media news shills were there. Your speculation and parroting the unproven gossip is typical of this unscrupulous American greed driven society.
Then we have the Karens. All of whom are drama queens. The bitch that got Emmit Till killed was a Karen. How many innocent Black males were lynched for the lies of a Karen? The best answer would be, A LOT! Then we have the Duke rape scandal where the media and corrupt prosecutor Mike Nyfong tried to railroad and destroy the live of 3 innocent college lacrosse players and had those boys come from poor families and gone to a community college, their lives would have been ruined for the lies of a lying SLUT and a scumbag district attorney. Mike Nyfong should have been pelted to death with lacrosse balls.
If you and your mob ever had any integrity go out and see if you can salvage even a small piece of it. If you with to contact professor and political shill Barbara McQuade here is her business Email. bmcquade@umich.edu 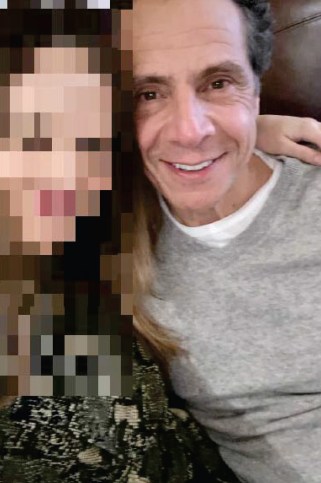 The photo shows Governor Andrew Cuomo sitting close to an executive assistant on a couch after allegedly groping her. Draw your own conclusions.
at January 07, 2022

If you support Trump you deserve cancer.

Another Reason BCG Vaccine Was Not Used Against COVID

Cohort studies demonstrated early on in the pandemic that BCG vaccine would have slowed the advance of COVID and saved millions of lives. D...